Carl Hirschmann is investing into the future: after around one year of construction, the company opened a new production hall at its headquarters in Winzeln in November 2021. With this, the company is setting an example in economically difficult times. Carl Hirschmann manufactures complete assemblies for the automotive industry in the approximately 1000 square meter assembly hall. "We produce wishbones, trailing arms, tie rods and various assemblies here under the very latest conditions," explains CTO Rainer Harter.

The heavy-duty, high-performance units are integrated as chassis components in the latest models of a sports car manufacturer. In addition, Carl Hirschmann also produces spare parts for previous models in the new factory hall. The two new assembly lines were adapted from the experience of past projects so that extremely efficient processes are now possible. One-piece flow production means that each employee carries out a defined work step at his or her station. The component then "moves" to the next station for the following assembly step.

To ensure that Carl Hirschmann can guarantee highest quality requirements of the customer, each assembly is checked by an optical test station at the end of the assembly process. For this purpose, an employee manually places the assembly in the test station, where the defined characteristics are checked by means of camera technology.

Optimized processes are also ensured by logistics in the new assembly hall. Warehouse and logistics are also integrated, and the chassis parts are loaded into special transport containers for shipping. At customer's site, the components are delivered directly to the assembly line and installed into the vehicles.

When planning the assembly hall, Carl Hirschmann paid particular attention to environmental and climate protection. The building was constructed according to KfW55 standard and is thus particularly energy-saving. "Air conditioning is provided by an environmentally friendly system with adiabatic cooling," says Rainer Harter. To generate cooling, the company uses the evaporative cooling of water. This reduces energy costs by around two-thirds compared with conventional air conditioning - and there is a pleasant indoor climate even in summer. 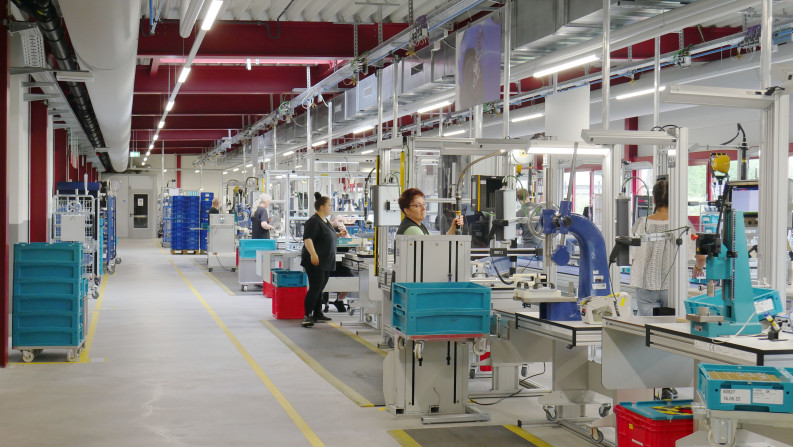 Inside the new hall 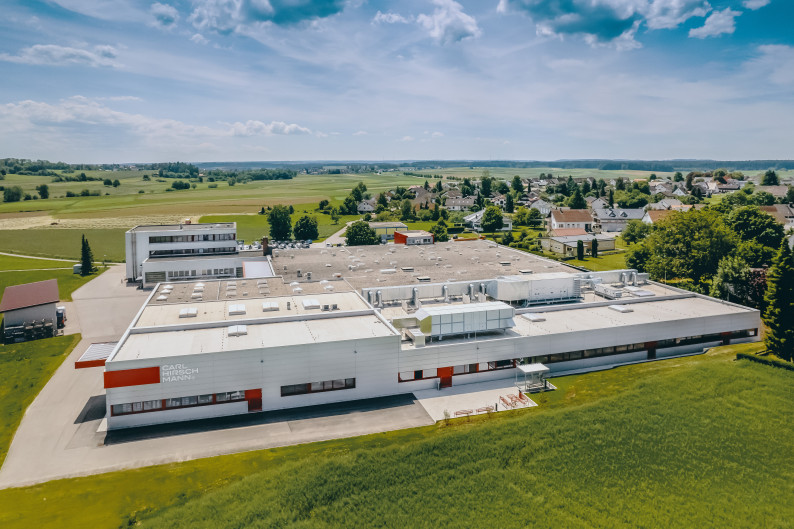