Climate protection, conservation of resources and sustainability are topics to which Carl Hirschmann, as a responsible company, has long been committed.

The Carl Hirschmann Environmental Guideline shows the way: It is our ambition that in all our corporate activities we act in harmony with our environment and thus contribute to its protection and preservation. In the case of CO₂ savings, we do not focus on compensation, but on real savings!

This statement is more than just fine words, which is underlined by the company's actions. Carl Hirschmann already heats its company buildings 100% ecologically with bio-gas district heating. We are continuously working on further reducing our CO₂ emissions. For example, Carl Hirschmann would like to increase the share of renewable energies in energy consumption to more than 80 percent - and is already well on its way.

The 1000 m² sized assembly hall, completed and put into operation in 2021, was built according to the KfW55 energy standard. For air conditioning, Carl Hirschmann relies on adiabatic cooling. We use only the evaporative cooling of air and water as an inexhaustible natural source to generate cooling. Compared with conventional air conditioning, this reduces energy costs by around two thirds.

Last year, we invested a further EUR 150,000 in converting the lighting throughout the company to the latest LED technology. This reduces electricity consumption by a further 15% and thus also contributes to reducing CO₂ emissions.

And about mobility, Carl Hirschmann also relies on environmentally friendly vehicles and started to convert the company's car fleet at the beginning of this year. An all-electric Volkswagen ID.3, which is now available to employees as a pool car (see picture), was the starting signal. Further electric vehicles will follow. Here, too, we are really stepping on the gas and always keep an eye on the environment. 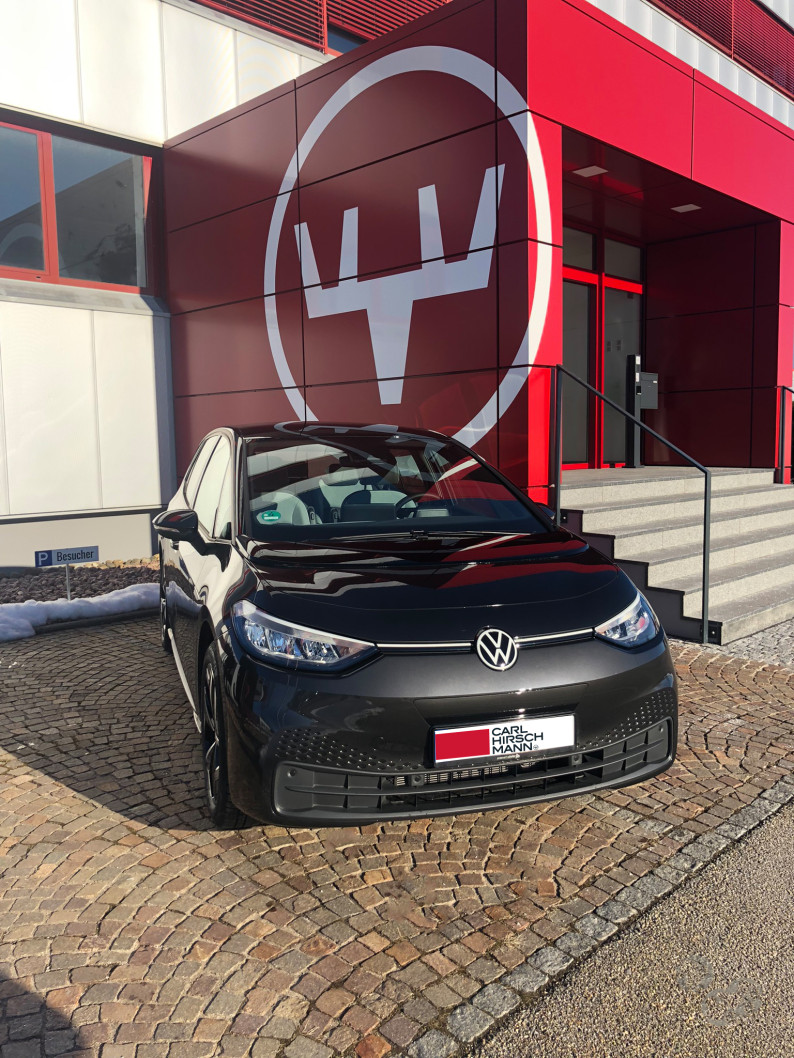 Carl Hirschmann is also focusing on climate protection in its vehicle fleet. The first electric car in the pool is a Volkswagen ID.3, which employees can use for business trips.